skip to main | skip to sidebar

My Daughter had her 12th Birthday way back in August, and she wanted an owl inspired cake, as owls seem to all the rage with her at the moment. I set about with a few ideas inspired by Pinterest. As I had been successful in creating a small cutting cake on top of a cupcake tower before, this was the path I had envisaged with the owl cake. I decided on one large owl sitting on a branch surrounded by flowers for the cutting cake, and alternate owls and flowers for the cupcakes.

Several months ago, I had pinned a simple owl made out of a cut out round piece of clay, and decided I would try it with fondant. I mixed up some brown, and left the rest white. I cut out 2 circles. The brown a larger one, and the white quite a bit smaller. I left some small circular indents in the white and lay it on top along one edge of the brown circle. I then folded in the 2 sides of the brown to form wings, and then folded in the top and formed some small ears for the head. I used the end of a small chopstick to press in the eyes, and the bottom of a small heart cutter to press in the beak. 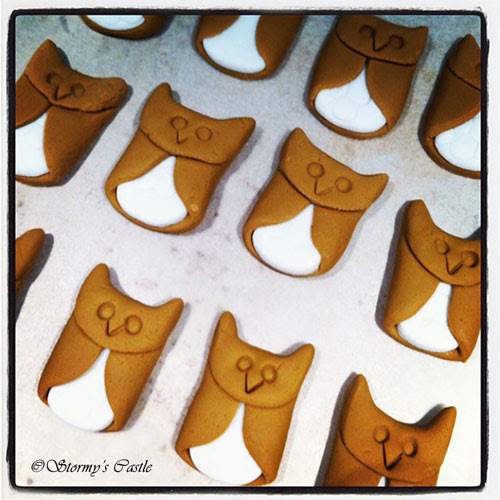 I also cut out many small and medium sized bright pink blossoms and small green leaves from fondant, and left them to dry on baking paper for several days. 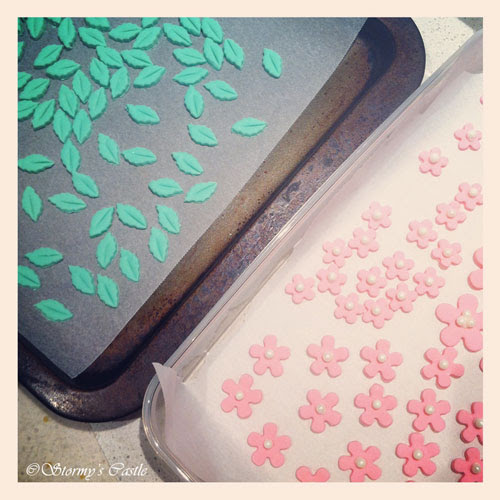 Once the blossoms were dry I stuck on some pearl cachous with royal icing, and they were all ready to be used on the cakes.

The next task was the owl! Basically, I started with a pink blob of fondant and fashioned it into an owl shape with small ears! It certainly wasn't hard at all. I then cut out a heart for it's tummy and made wings, eyes, a beak and some feet out of leftover already coloured fondant. I stuck a flower on top of it's head, and it was finished. Before I began icing the top cake, I drew a template for the branch out of tracing paper, ready to use as a template on the rolled brown icing.The cupcakes were iced with aqua icing and the construction began! 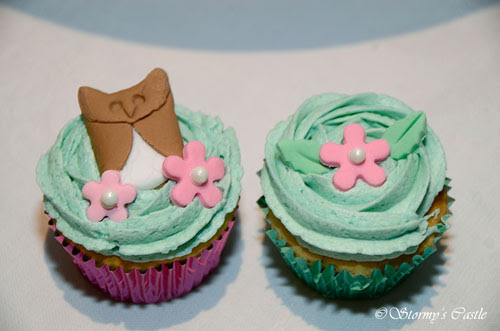 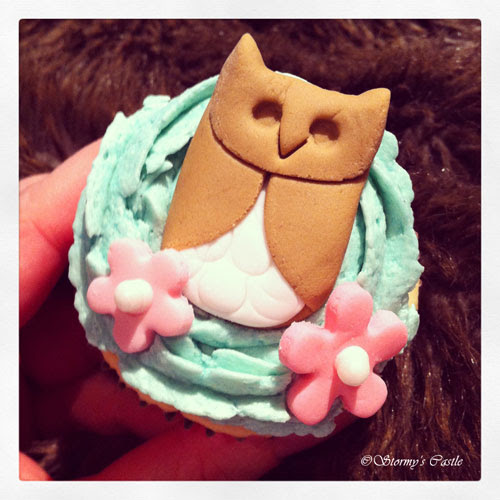 It wasn't as neat as I would have hoped, but I literally finished with 20 minutes to spare before the hoards of pre-teenage girls arrived! 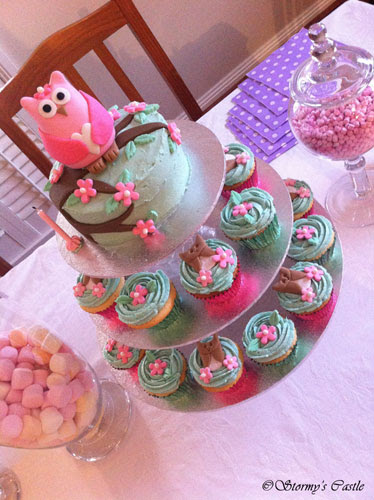 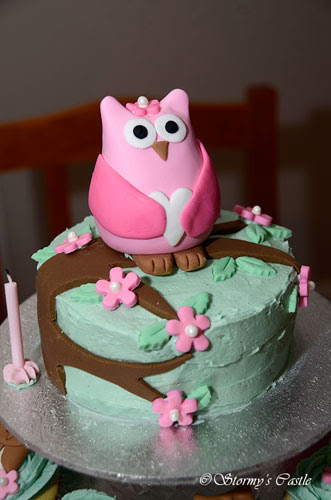 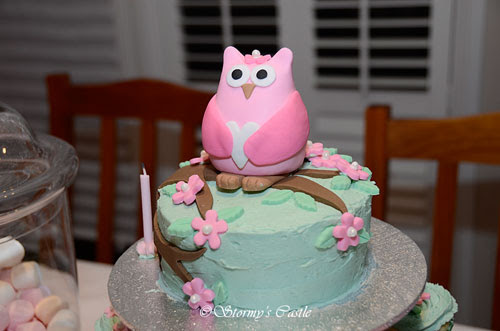 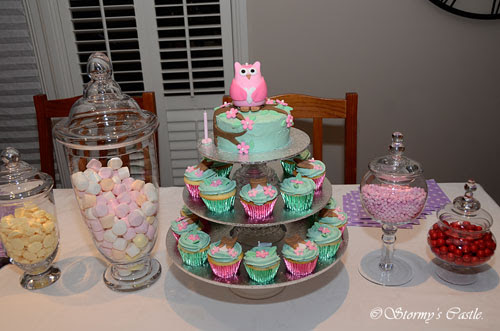 Posted by stormygirl at 1:16 PM

stormygirl
Welcome to my Blog! I built the Wilshire Mk III with Henley Properties Group in 2009. All the trial and tribulations of my journey are here, along with my ongoing ideas and inspiration for decorating, with a little bit of DIY and crafting thrown in for good measure!

Timeline of our Journey

This blog is only intended to tell our story to family, friends and any others whom may be interested in reading. Individual names will not be used on this blog, and our personal information will not be posted. Company names are used with the intent of telling our story. If a company named on this blog believes that statements have been made of an abusive, obscene, vulgar, slanderous, hateful, threatening, or defamatory nature please contact us to allow the item in question to be edited or removed from the blog.